A downloadable game for Windows

Neo Vigrid is a strategy board game we created in our 2nd year of game design.

An hexagonal tile based strategy game where the two players control futuristic viking clans during the late but devastating Ragnarök, trying to survive gathering souls, allowing to resurrect units dead on the battlefield and to survive the striking storm of this apocalypse !

We had to make a board game on the theme of "Resurrection" by groups of 7, and after many iterations we came up with Neo Vigrid, a 1v1 strategy board game !

And make a video game prototype of it on Unity ! So here it is ;)

We made all the assets that are not decorative pieces of landscape. I prototyped it entirely.

And I won't communicate the rules of the game as it's still in development and we will edit it ;)

Legends talk about this terrible event, the end of the world, the Ragnarök. It was said to happen long ago, but ended up never happening.

But it was before this event.

The Ragnarök, it finally happened, even more powerful than we thought it would be, strong cataclysms that no one could hide from. It killed everything, unleashing the mortals souls, destroying civilizations.

And it's happening, again, and again, and again. We can't escape. How do we survive then ?  With souls. Souls can make your clan live again, and in this now devastated world, wars began to strike, clans fought to get souls, to gain control over the newly appeared souls wells.

And you, you need to make your clan survive the constantly coming back Ragnaröks, and you won't let any other clan prevent you from doing this. Kill your opponent to ensure your survival, there aren't enough souls for everyone.

- Not working properly AT ALL, just to test how it looks like

2) Extract in the folder of your choice 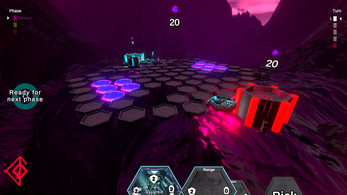 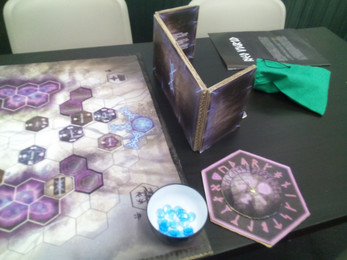 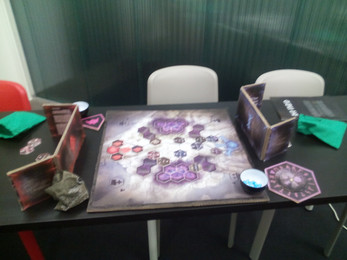 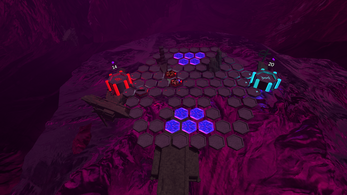